The first intra-planetary mission from the Middle East has captured a unique event on Mars courtesy of its ‘Hope’ probe that entered the Martian orbit in 2021. In what can be called a breakthrough, the spacecraft has captured a new type of aurora which has “opened up new areas for investigating Mars’ highly dynamic plasma environment”. The Emirates Mars Mission (EMM) team revealed that, the Earth, the newly found auroras on Mars extend to thousands of kilometers.

Launched to gain a full picture of the Martian atmosphere, the Hope probe has discovered the aurora which the EMM mission scientists have named ‘Sinuous Discrete Aurora’. EMM Science Lead, Hessa Al Matroushi said in a statement, “When we first imaged Mars’ discrete aurora shortly after the Hope probe’s arrival at Mars in 2021, we knew we had unveiled new potential to make observations never before possible on this scale, and we took the decision to increase our focus on these auroras.”

So far, scientists have known three types of auroras on the red planet- proton, diffuse and discrete. The proton aurora is the kind that is produced by intense solar storms whereas the diffused aurora is a result of magnetized minerals embedded in the planet’s crust. The proton auroras, on the other hand, result from the interaction of hydrogen in the Martian atmosphere with the solar wind.

The UAE space agency revealed that the new aurora kind consists of highly energized electrons in form of long worm-like streaks extending to thousands of kilometers, from the dayside to the night side of the planet. “They include elongated shapes, which may be caused by similarly elongated regions of electron energization conditions in the magnetotail,” the mission team wrote. 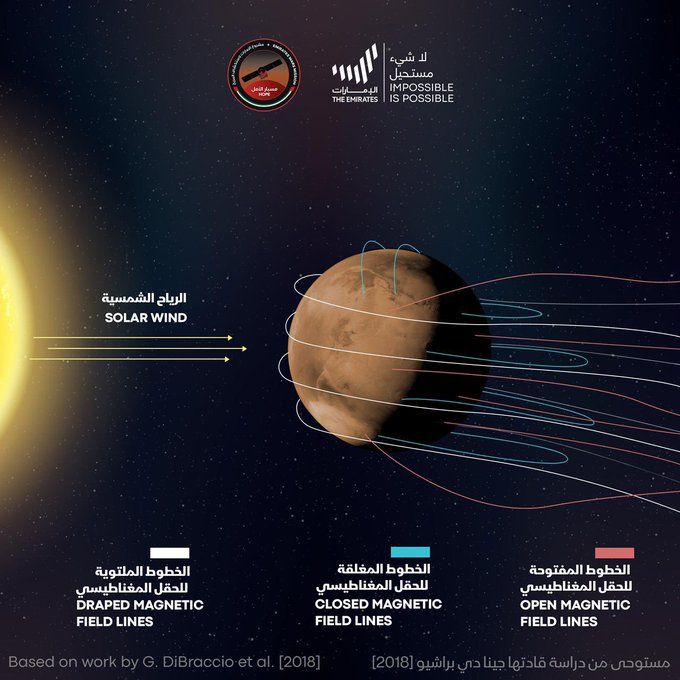 Interestingly, this new type of aurora observation is some of the brightest and most extensive yet seen by Hope. The mission team further revealed that the phenomenon was imaged when the red planet was experiencing a faster, more turbulent stream of solar wind electrons as a result of a recent solar storm.

“Since those first observations of the discrete aurora, we have continued to see incredible new patterns of aurora that open new insights into the interactions of charged particles in the Martian atmosphere. There is a very great deal of new information here for the EMM science team to work with,” Al Matroushi said. With the discovery, scientists now have a new task which is to answer new questions about the Martian magnetosphere and its interaction with the solar wind.